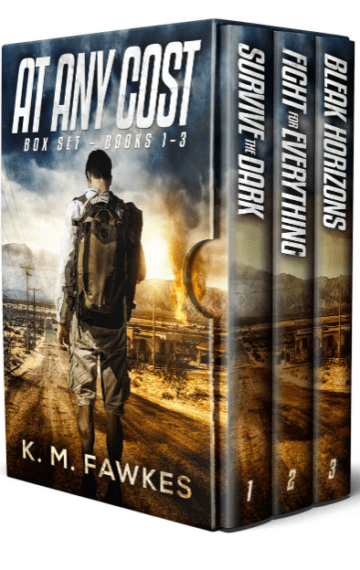 This is a box set, comprising the first three books of K. M. Fawkes’ At Any Cost series. It features an engrossing, arduous tale of post-apocalyptic survival, as humanity is pushed to the very brink and beyond: