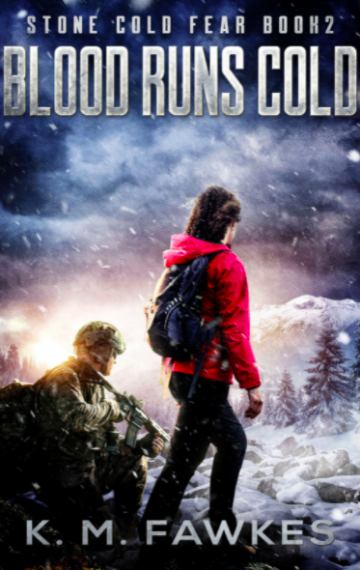 In this harsh new world, you can’t trust anyone.

In the wake of the EMP and faced with the end of the world as they know it, Pete and Marie must escape from Mueller Maximum Security into the hostile Alaskan landscape.

Between the sub-zero temperatures, the pack of wolves and the armed escaped convicts, it’s a fight for survival.

Fortuitously, they stumble upon a ranger station where they plan to ride out winter. But this suspiciously well-equipped cabin has a dark side and before they know it, they’re back out in the bitter cold, desperate for shelter.

Where better to take cover than the small, off-the-grid town of Clearview. Welcoming at first, the town has a sinister feeling they just can’t shake, but it’s a willing compromise for food and warmth.

Unarmed and vulnerable, Pete and Marie must keep their secret like their lives depend on it.