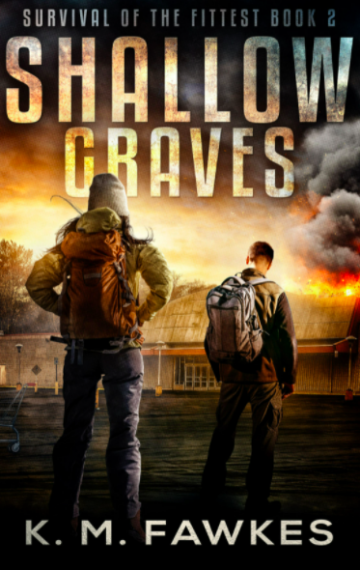 When you barely escape a global terrorist attack…

Michelle Lopez is one of the world’s few remaining survivors after a worldwide nerve gas attack, all thanks to being held captive in her prepper uncle’s bunker. After chaos and violence erupts underground, she flees the bunker, risking the toxic surface.

Shocked and saddened at the thousands of bodies littering the streets once she makes it to the surface and what used to be civilization, Michelle thinks she’s all alone out there—until she’s promptly knocked out, and taken hostage.

And the only way to survive is to Just. Keep. Running.

After untangling her captors’ web of lies, Michelle comes to realize the gang have murdered the owner of the house she’s being held in—along with who knows how many others. Supplies are scarce, the electricity has long been out, and the apocalypse is undeniably nigh. Making a break for it, Michelle makes an unlikely friend, and the two flee in the night, starting a cross-country trek to find help… or at least another living, sane human.

When the time comes to make an ally… and prepare yourself to watch them die.