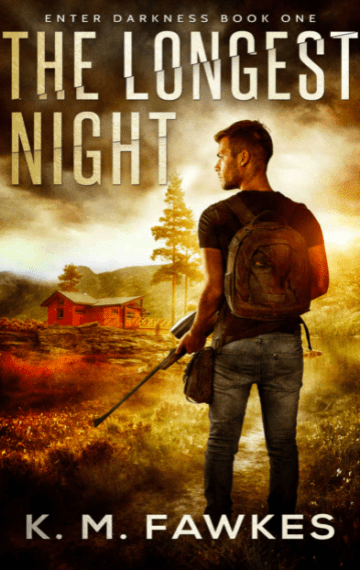 With humanity on the brink of extinction
They activated the EMP
And now, the world enters darkness

It started with bright lights; a new medical technology, promising to eradicate all human ills. History of blood clots? Cholesterol clogging up the old ticker? There was a nanobot for that. It wasn’t cheap of course, and everyone knew that new technology had bugs in it. But hey, why not let the rich be the guinea pigs for once?

Fast-forward a year, and the one percent began dying en masse. The nanobots had evolved to view ageing as a virus, and were reacting by shutting down the host.

Swathes of the population were infected before the government rolled out a treatment program, in the midst of riots and mass unrest. Meanwhile, the nanomachines spread like wildfire, infecting and killing millions. The remains of the government had no choice but to detonate a series of experimental weapons in the atmosphere, producing an EMP effect which rendered almost all electronic devices on Earth useless.

Bradley is one of the survivors. A former veterinarian, he decides to escape his burning city and trek deep into the Maine wilderness, aiming to find his estranged father’s old lake house.

Remembering lessons learned and long forgotten, Bradley endeavors to survive on his own terms, and be self-sufficient in a new and altogether darker world.

But his struggle has only just begun.

The Longest Night is the first book in K. M. Fawkes’ Enter Darkness series, a post-apocalyptic EMP series of books.